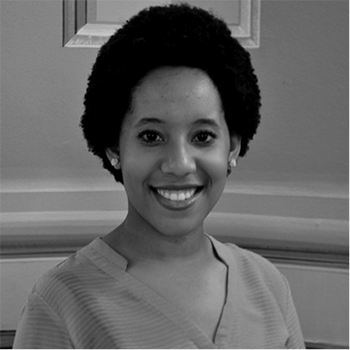 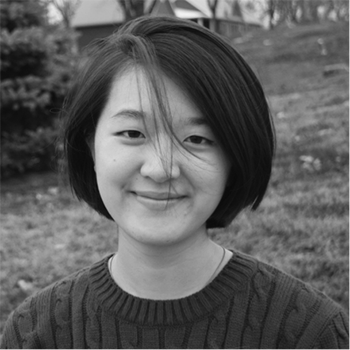 Center YOU: A Story On Diversity, Storytelling, and Inversion

How do you tell your story? Edith Cho and Deandra Cadet, founder and current producer of Show Some Skin initiative and firm believers in the power of storytelling, want to challenge all of us to move beyond conceptualizing and telling stories from minorities and minority perspectives as “marginal” and “counter” narratives. When we reimagine these stories to be central in their existence, we can invert the hierarchical structures that often influence the way we tell our own story. Let’s talk about how to tell your stories of inversion!
Twitter Handle: @dcadet27
Twitter Handle: @StoryEchoing 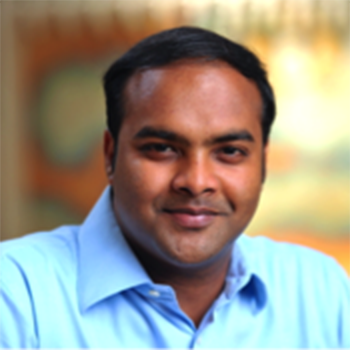 History has revealed time and time again the propensity of youth to be manipulated by extremist fractions towards violence. Even today in Syria, Iraq, South Sudan, Myanmar and DRC extremist groups brainwash and manipulate vulnerable youth to lead atrocities and propagate violence. President Herbert Hoover once said, “Older men declare war. But it is youth that must fight and die.” CAN THE PENDULUM SHIFT?  Is it possible for youth to declare peace and lead their communities to non-violence and towards reconciliation?  Can youth in conflict zones set the standards for new ways of engagement? Can we counter the radicalisation of youth?!
Twitter Handle: @prashandevisser 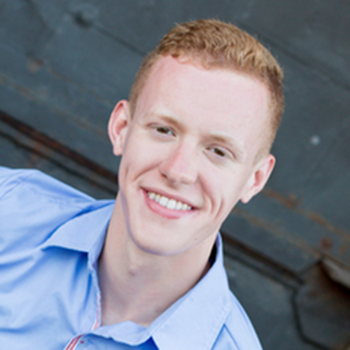 Freshman, College of Arts and Letters

What If "Thank You" Were More Than Two Trite Words?

Each year, the average person says "thank you" a whopping 5,000 times! But is it meant? Pete Freeman’s talk evaluates "thank you," identifying it as a conversational go-to that rolls off the tongue easily — too easily. Yet, saying “thank you” can pack a powerful punch that expresses deep gratitude that brings with it numerous health and relational benefits. Freeman tells how.
Twitter Handle: @MrPeteFreeman 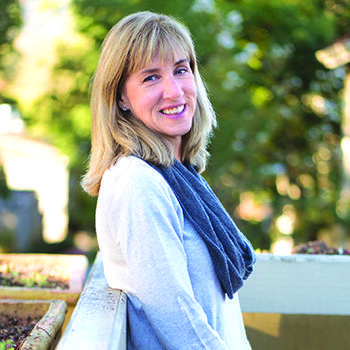 Creating Collaboration From Contentiousness: How ISSF is working to improve tuna stock sustainability … and transforming adversaries into advocates along the way

What if you could sustain both an animal ecosystem and the industry that depends upon it? And what if you could do it by turning adversarial relationships into alliances along the way? That’s what the International Seafood Sustainability Foundation, an unusual alliance between the world’s major tuna processors, tuna scientists, the World Wildlife Fund (WWF) and other NGOs, was created to achieve. The unique challenges of such an effort may be obvious: seemingly competing or inverse goals, conflicting approaches, mutual distrust, and even more generally the belief that your counterparts are bad actors or even extremists. Despite the hurdles, boundaries and barriers, ISSF has forged a path to collaboration among a collection of passionate, engaged stakeholders who on the surface have little in common. This talk will briefly discuss just how this happened and, more importantly, the lessons learned... and how those lessons indicate a roadmap for turning adversaries into allies.
Twitter Handle: @ISSF @CPCEJMa 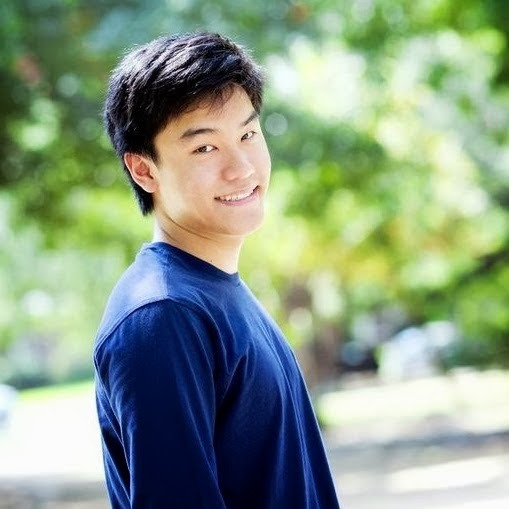 If you were born on an island with no society, what would music sound like to you? No matter what genre or background, all music can be distilled down to two fundamental qualities. Using state-of-the-art music technology, Jackson Jhin transforms noise into instruments and sound into music.
Twitter Handle: @djjhin 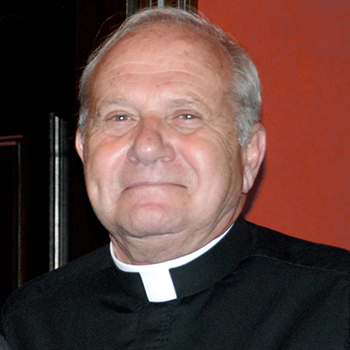 An Escape Strategy For the War On Crime: Healing the Criminal

The Crime Peace Plan: What if we changed the mission of the Criminal Justice system from punishment to healing? 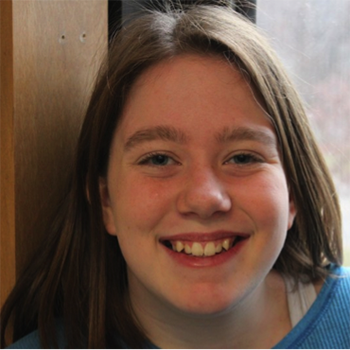 If Hands Were Just For Holding ... And Other "What If’s" From a Teenage Poet

This talk is a combination of the ideas of a teenager and the art of spoken word poetry. It is a call to look at the world through a different lens, and a more approachable, artistic way to talk about some of the issues our world faces today, as well as being an inspiring way to think about change.
Twitter Handle: @thatpoetkid 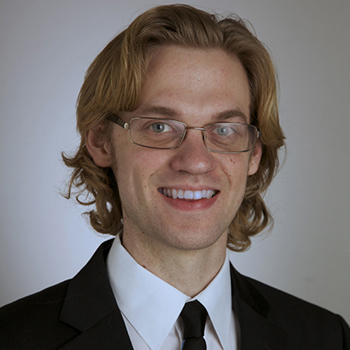 What if We Remade the Liberty Bell?

Bell making is a misunderstood craft and subject of study in the United States. Despite the fact that most of our bells come from European firms, we as Americans tend to ascribe patriotic qualities to them and consider our bells to be instruments of liberty.  Our most iconic example, The Liberty Bell, is no exception. As a Campanologist and the United States only traditional bell maker, I consider the option of remaking the Liberty Bell in order to reframe the way we maintain a sense of liberty and our national identity. Though Campanology is a nearly obsolete field, our most beloved bell sits in silence, still symbolically resonating the fundamental rights of people not only in our own country but also for others across the world.
Twitter Handle: @IndianaBells 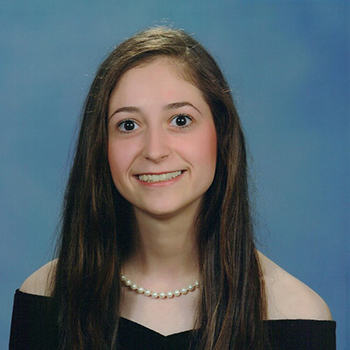 Deaf Child Area:  Reconciling the Worlds of Silence and Sound

Many people today often regard silence as awkward or uncomfortable, while others enjoy retreating into silence as a relief from the noise of their everyday lives.  But what if you really knew what silence was like from the perspective of a deaf cochlear implant user?  How do people like me negotiate between the reality of physical silence and the reality of sound while striving to overcome isolation and break the barriers of a still widespread societal silence regarding the treatment of those who are deaf and hard-of-hearing?  Drawing from personal experience, I will expound upon the nature and role of silence in my life and call for change in society’s perception of those who are deaf and hard-of-hearing. 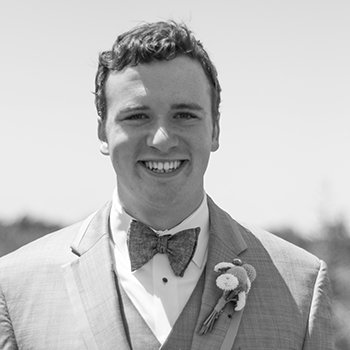 Learning How to Read Minds

When given the option of having any superpower they’d like, between 35 and 40 percent of people polled chose “the ability to read minds,” where this means something like “having direct perceptual access to the mental activity of other humans.” According to recent neuroscience, however, many of us may already have this ability. In my talk, I’ll demonstrate how mindreading works. I’ll then explain how neural networks give us access to the minds of others’ when we perceive their intentional actions. Finally, I’ll explore the ways in which complex representations of intentional activity (for instance, movies, novels, and even stories we tell each other in casual conversations) could make it possible for us to see the whole world from some else’s point of view.
Twitter Handle: @plblaschko 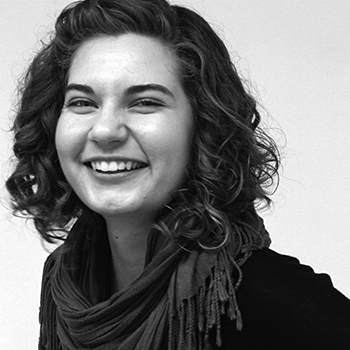 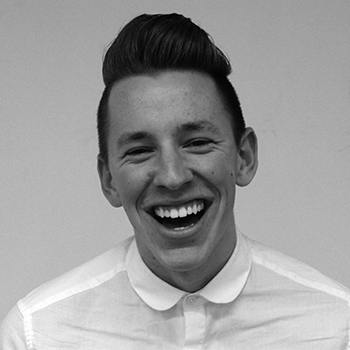 What If… We Got Uncomfortable?

From the repressed memory that is middle school to the “I can’t believe that just happened” moments of day-to-day life, discomfort is a familiar phenomenon. Viewed as negative and corrosive (yet seemingly unavoidable), discomfort is a lifelong source of tension and dissonance. Through their talk, Garrett and Brittany address discomfort in the globalized world of expanded moral responsibility. Using stories and spoken word poetry, they seek to discover what it means to truly “get uncomfortable”.
Twitter Handle: @gblad
Twitter Handle: @brittebeling 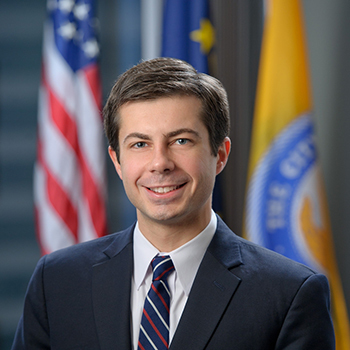 What If A City Has To Rethink Its Past To Understand Its Future?

Once home to Studebaker automobiles, the Singer Sewing Company, and the South Bend Watch Company—and always home to the University of Notre Dame—South Bend has a long history of business innovation and a wealth of intellectual capital. Maximizing those resources through strategic investments and creative partnerships among leaders in city government, higher education, and business, South Bend has positioned itself for the future as a hub of the high-tech industry. Mayor Pete Buttigieg, the nation’s youngest chief executive of a city with more than 100,000 residents, will discuss how a city can reimagine its future by reimaging its past. 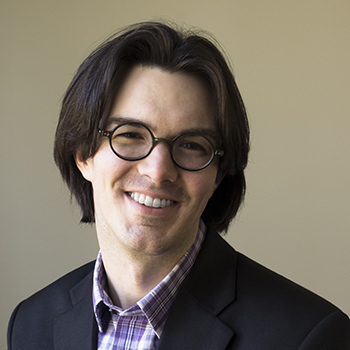 What If Children Were More Than Cute?

Children have a voice and they have much to say if we are willing to listen. The Notre Dame Children’s Choir challenges the notion that children are simply cute, precious, and adorable. The choir will sing and speak about how they build the future leaders of our communities.
Twitter Handle: @mdoerries 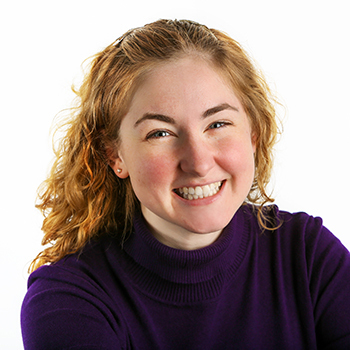 What If Iron Man Was a Woman?

Katie often wonders what it would be like to be Iron Man. She identifies predominantly with male characters in film because there is a lack of complex, strong female representation. Katie will explore why we haven’t attained gender equality in film, what gender equality would look like if we achieve it, and how do we get there.
Twitter Handle: @katiemattie 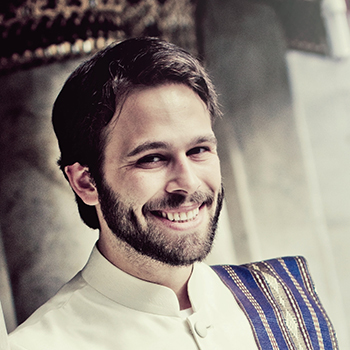 Trust is Overrated, Or: How We Play Nice With Strangers

Many assume that in order to cooperate we need to trust one another. But trust is often absent from most interaction. Millions give to beggars and charities; engage in multi-billion dollar informal remittance networks; or rely on people they have never met and will never meet again, often without a moments thought. This is possible because humans are not just rational animals, but story-tellers who habitually make leaps of faith.
Twitter Handle: @DustinStoltz  (url: www.dustinstoltz.com) 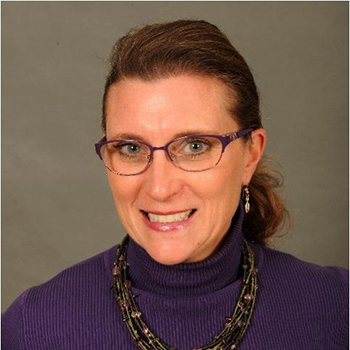 Faculty Affiliate in the William J. Shaw Center for Children and Families

What if Juvenile Offenders Met Aristotle?

Story has been capturing the hearts of young people for centuries, but the Ancient Greeks were among the first to use story to instill character and inspire virtuous living. Alesha Seroczynski takes us on a journey from the ancient Acropolis to the contemporary Chronicles of Narnia, and shows us how the prudent teachings that Aristotle left for his son, Nicomachus, might also teach at-risk youth today that the pursuit of virtue is truly the way to find “the good life.”
Reach her @ireadforlife and www.ireadforlife.org.

Note: Speakers, their talk titles, and their scheduled times are subject to change.